United Jobs General Trading & Contracting Company was established in 1982 by Mr. Jasir Al Olaivi Chairman & Managing Director, as a contracting company with just a staff of three people. It initially operated as a small contracting company specializing man-power supply. Within a period of five years it had grown substantially, and had also begun dealing in heavy equipment and earth moving machinery rental, with clients such as Kuwait Oil Company (KOC) & Kuwait National Petroleum Company (KNPC).

In 1990, Iraq invaded Kuwait and demolished almost all of the major companies and oil fields of Kuwait. The Liberation of Kuwait from the Iraqi invasion required the intervention of US Troops, and United Jobs got its chance to serve the nation by fulfilling the logistical needs and requirements of the US Troops deployed here. After the return of freedom, many major projects were announced by the respective Ministries and having developed a solid, dependable reputation, United Jobs was invited by the government to enter into the new development projects of Kuwait.

Having started with small civil projects for KOC, United Jobs is now regarded as a regional leader in construction for all types of civil, structural, and environmental projects, such as Concrete Barriers & Bunkers used for hardened defense, construction of mil-spec housing and facilities, aircraft aprons and runways, roadways, terrain grading and other defense-related construction. . United Jobs is the Regional Agent and a certified specialist for the installation of Hesco Bastion Barriers, one of the larger on-going projects supporting the US Air force; we were selected as the IDIQ contractor at AHMED AL JABER AIR BASE & KUWAIT CITY INTERNATIONAL AIRPORT (KCIA) at American base, Kuwait. U.S government project number is (F-38604-02-AJ005) up to March 2007. 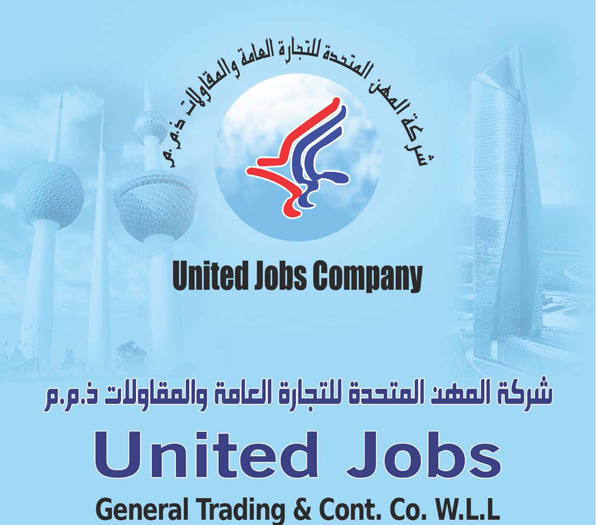 In addition to the above, United Jobs is also one of the top companies supplying electronics, electrical components, computers systems, food stuffs and any other specialty items to US Air Force, Marines, and Army.

Having assembled a team of well-qualified and experienced administrative staff of 60 people, United Jobs has prepared for the future, by establishing a sister concern, Al-Qatira Heavy Machines & Equipment Est., to specialize in heavy equipment supply for the civil and environmental sectors. Presently, Qatira is concentrating on the machinery and heavy equipment markets, and united Jobs has returned its focus to major construction projects and marketing of its full range of available products and services.

Due to market potential and demand, we have established three divisions in order to fulfill the requirements of the daily increasing customers.
With an objective to be your premier service provider and supplier of quality products, we are pleased to share with you our divisions.